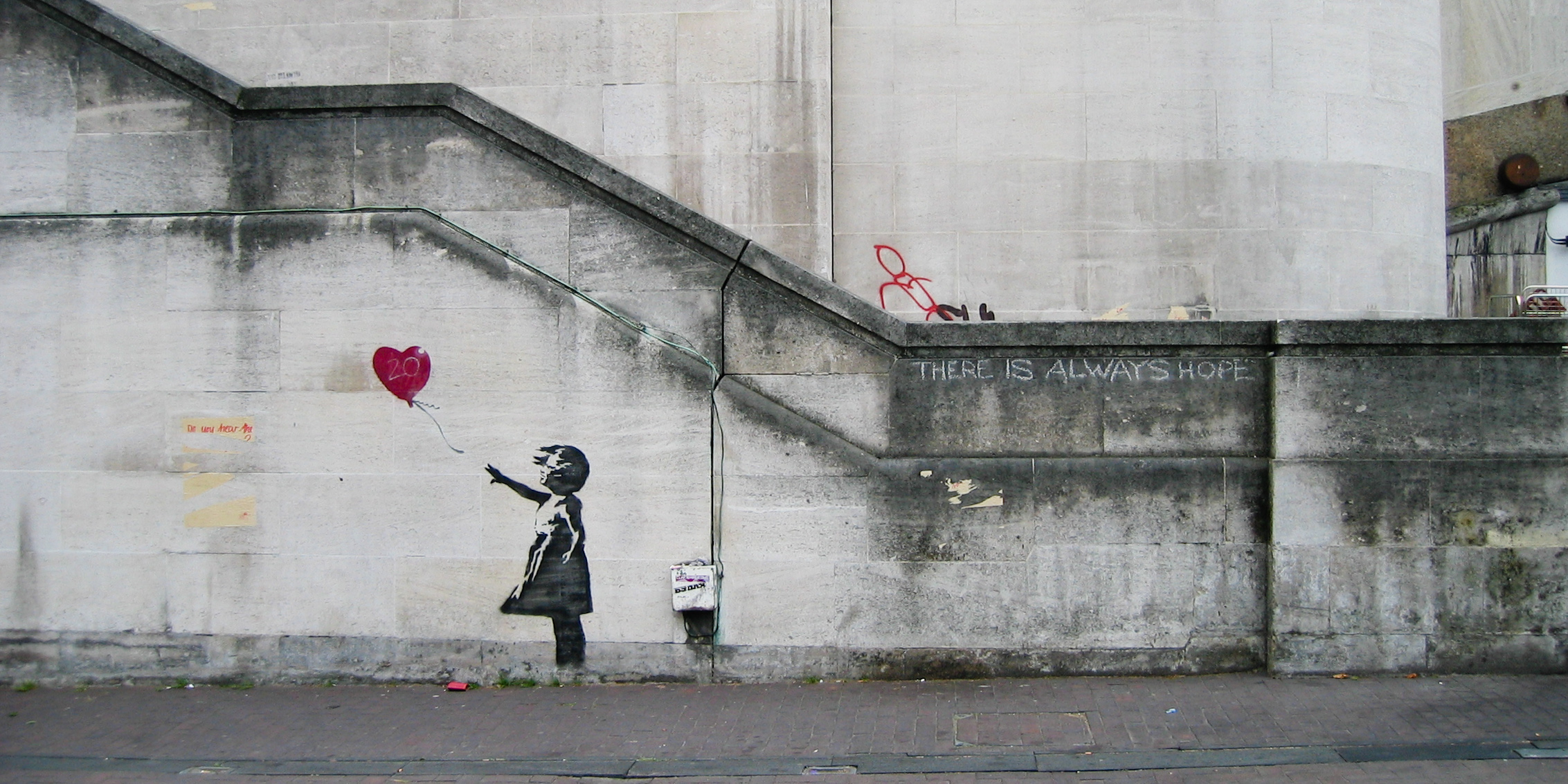 An Iconic Image, an Infamous Act, Coming to Auction Again

September 11, 2021 – In October of 2018 an original Banksy Girl with Balloon canvas came to auction at Sotheby’s London. Shortly after the final gavel came down, a hidden mechanism in the frame began to shred the piece leaving behind only the iconic heart shaped balloon floating above the ruins. If he wasn’t already a household name in contemporary street art, Banksy certainly became one with this infamous stunt. The shredded piece, now known as Love in the Bin, sold for £1.1m.

Three years later, the piece is set to return to
auction with estimates of over £4m. 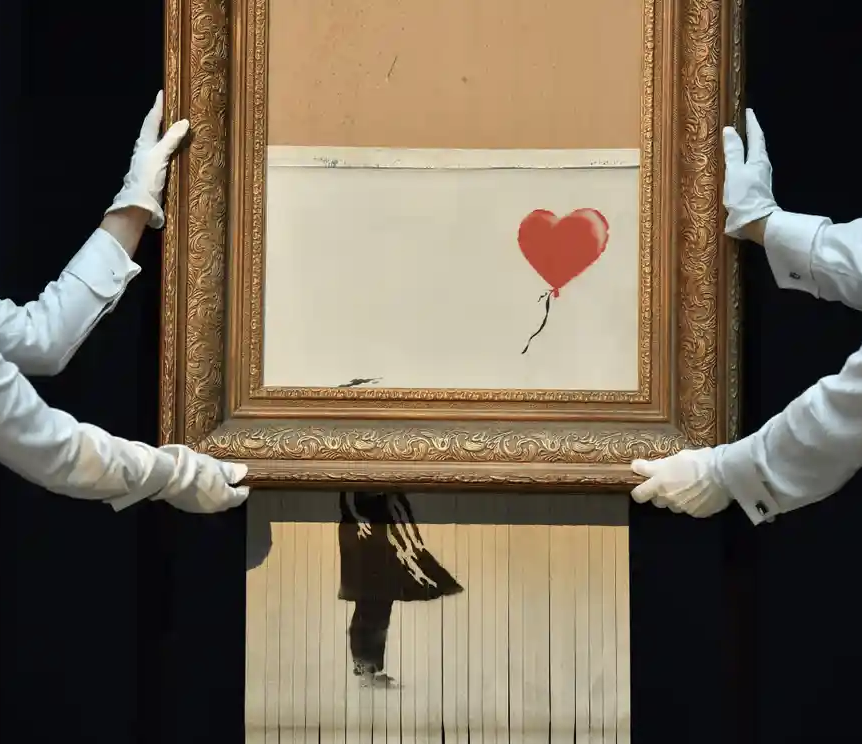 Even before the piece was immortalized by the artist’s shredding trick, Girl with Balloon was one of Banksy’s most recognizable images. This image was first spotted in 2002, stencilled underneath Waterloo Bridge at London’s South Bank. This original stencil was accompanied by the words “There is always hope.” It wasn’t until 2004/5 that the image was immortalized in print form – Banksy released a run of 150 signed and 600 unsigned editions. These pieces are now only available through the secondary market and have seen annual increases of about 20% in recent years. As an international purveyor of contemporary street art, Taglialatella Gallery has an extensive offering of Banksy works including Girl with Balloon. 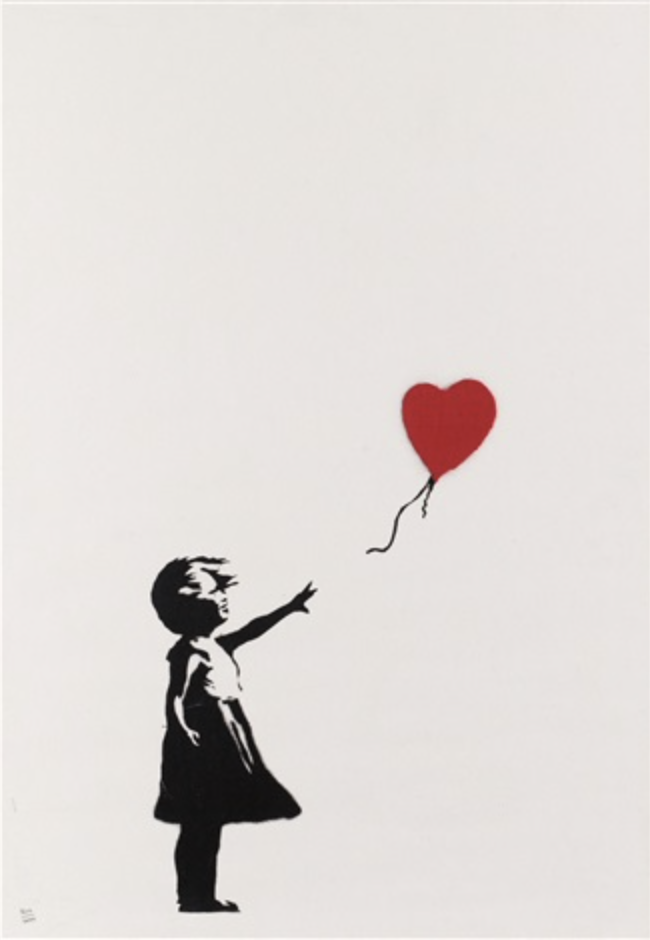