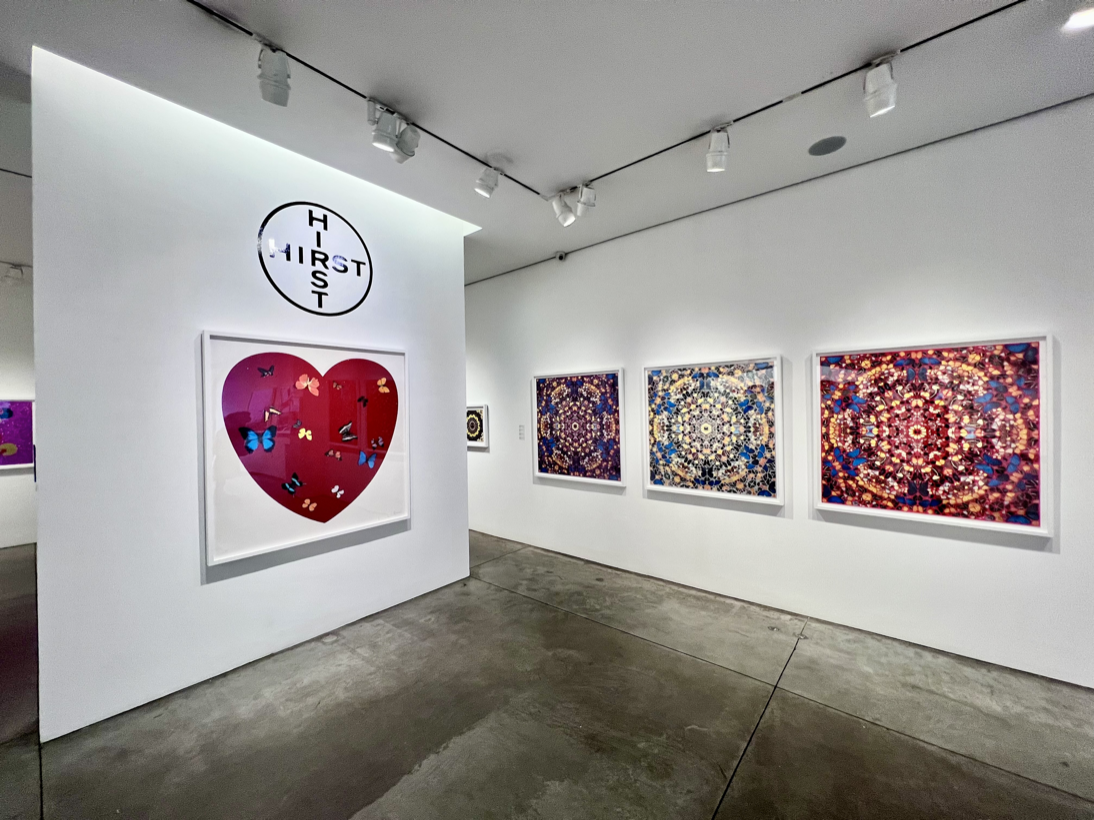 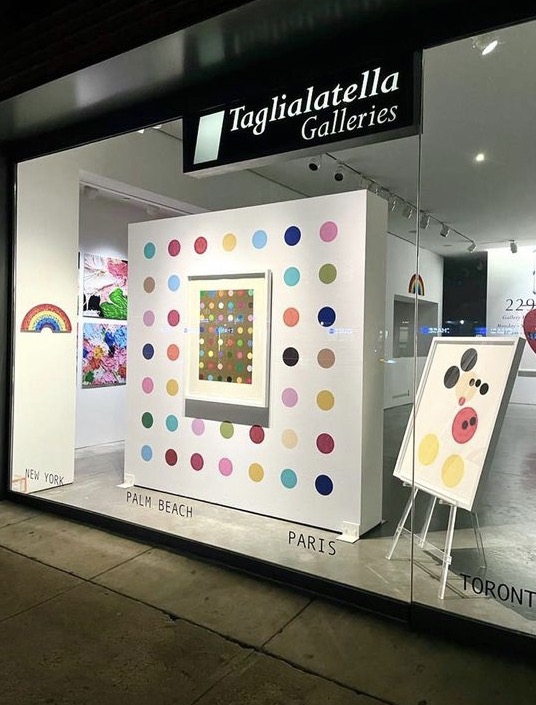 March 18, 2022 – Taglialatella Galleries is excited to announce its first solo exhibition dedicated entirely to prints and multiples by artist Damien Hirst, entitled Damien Hirst Editions. This traveling exhibition will begin at our Flagship location in Chelsea, New York where it will stay until March 21, before making its way to our Toronto outpost.

Hirst is best known for his powerful, often confrontational artworks which explore themes such as love, religion, mortality, and science. Hirst had his first break following a self-curated exhibition entitled, Freeze (1988) which included fellow members of the Young British Artists Movement. Hirst has since risen to high regard in the art world, boasting some of the highest auction records of any living artist. In 2008, Hirst shocked the art world when he became the first artist to bypass galleries and sell an entire show direct to auction. Beautiful Inside my Head Forever took place at Sotheby’s and set the record for a single-artist auction cementing Hirst’s reputation as a sensational, celebrity artist in a league of his own. His work has been featured in major shows at the Tate Modern in London, the National Gallery of Art in Washington, D.C., and the Rijksmuseum in Amsterdam, among others. 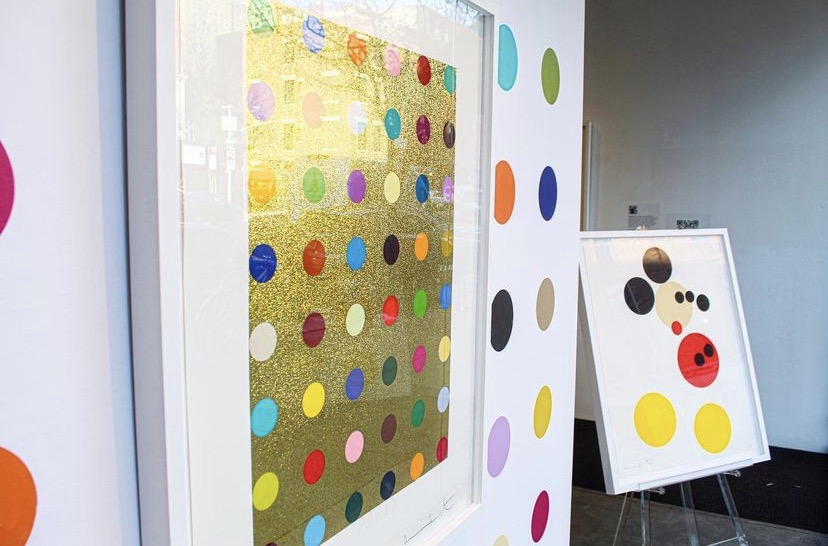 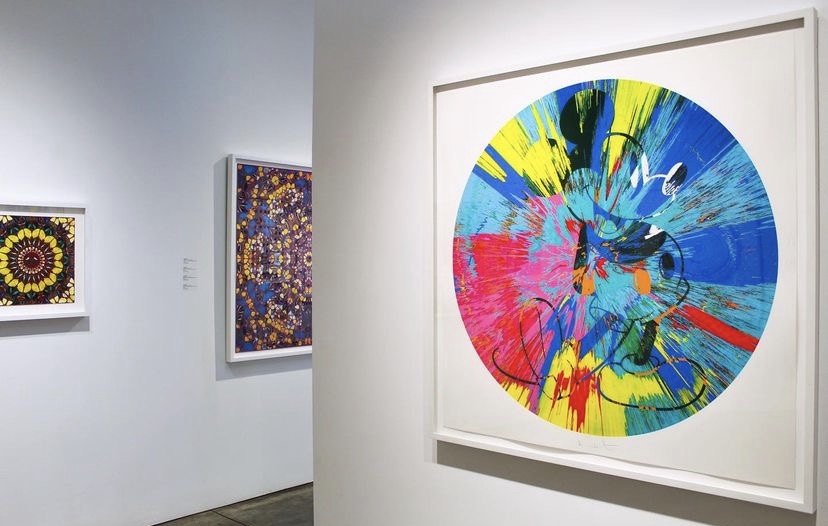 Consistently breaking boundaries through his artistic practice, which comprises anything from the creation of diamond encrusted skulls and the submerging of animal corpses in formaldehyde, to grid-like patterns of multi-colored dots and kaleidoscopic compositions of butterfly wings. Hirst has become a household name in contemporary art, collected throughout the world

“Immortality is really desirable, I guess. In
terms of  images, anyway.” – Damien Hirst
In conjunction with the closing of Hirst’s Forgiving and Forgetting exhibition at Gagosian in West Chelsea, Taglialatella Galleries will open Damien Hirst Editions as a celebration of the artist’s iconography in multiples. Thematically, Editions will highlight the imagery found to be the most consistently popular throughout Hirst’s storied career. 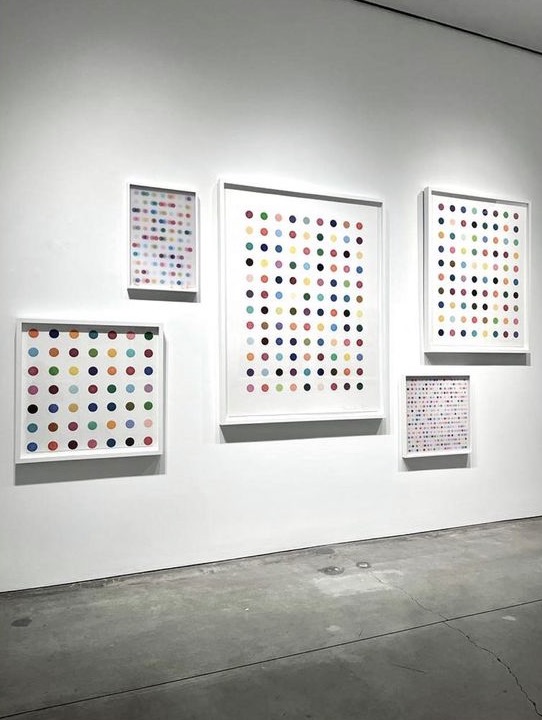