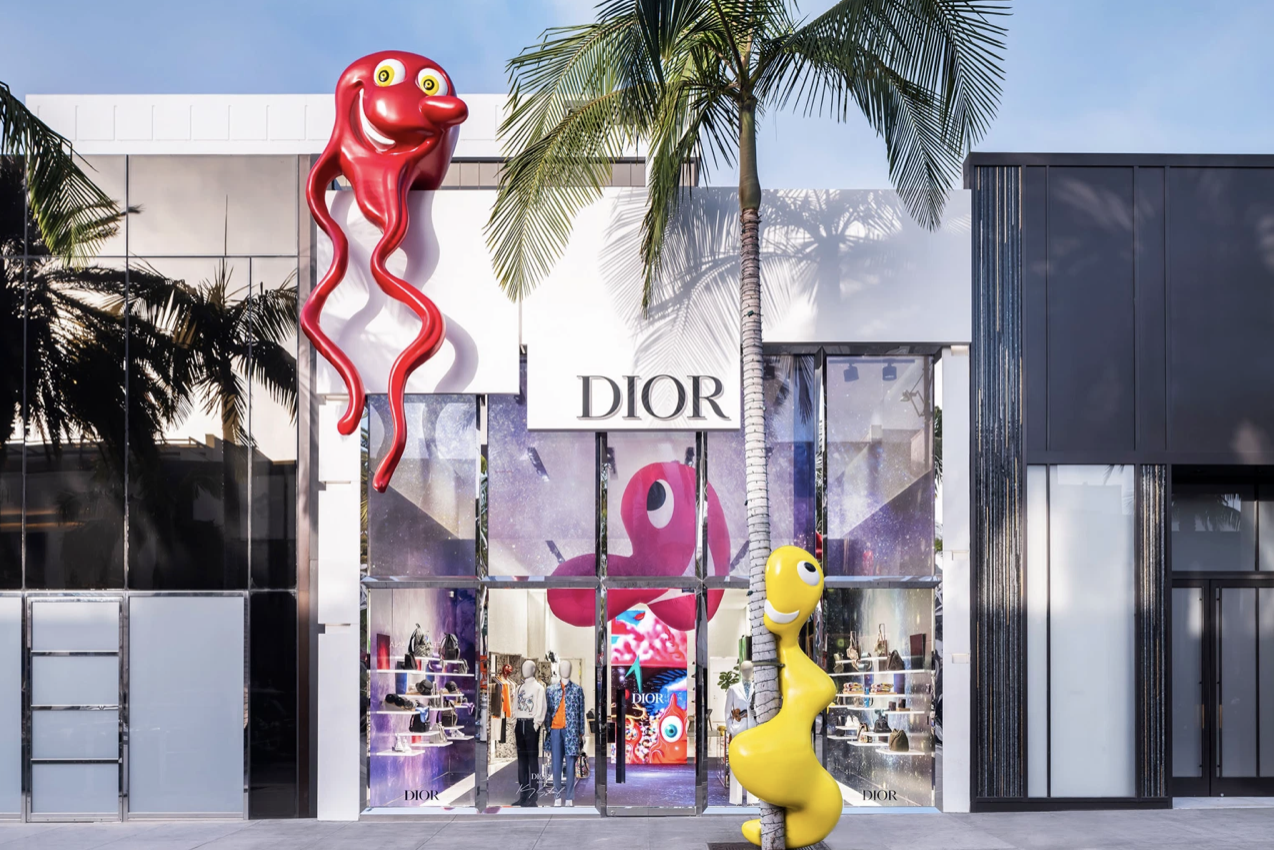 May 11, 2021 – A new collaboration between Dior Homme and Kenny Scharf has got the Art world and the Fashion industry buzzing. Since taking the helm at Dior in 2018, the designer Kim Jones has introduced a number of successful partnerships with major artists. Brought onboard to reinvigorate the major fashion house and reconnect with street culture and the younger fashion community, Jones has done so by placing art front and centre and focusing on strengthening the synergies between art and fashion. KAWS, Daniel Arsham, and Peter Doig are just a few of the major artists that Jones has invited to collaborate with the luxury Parisian brand. 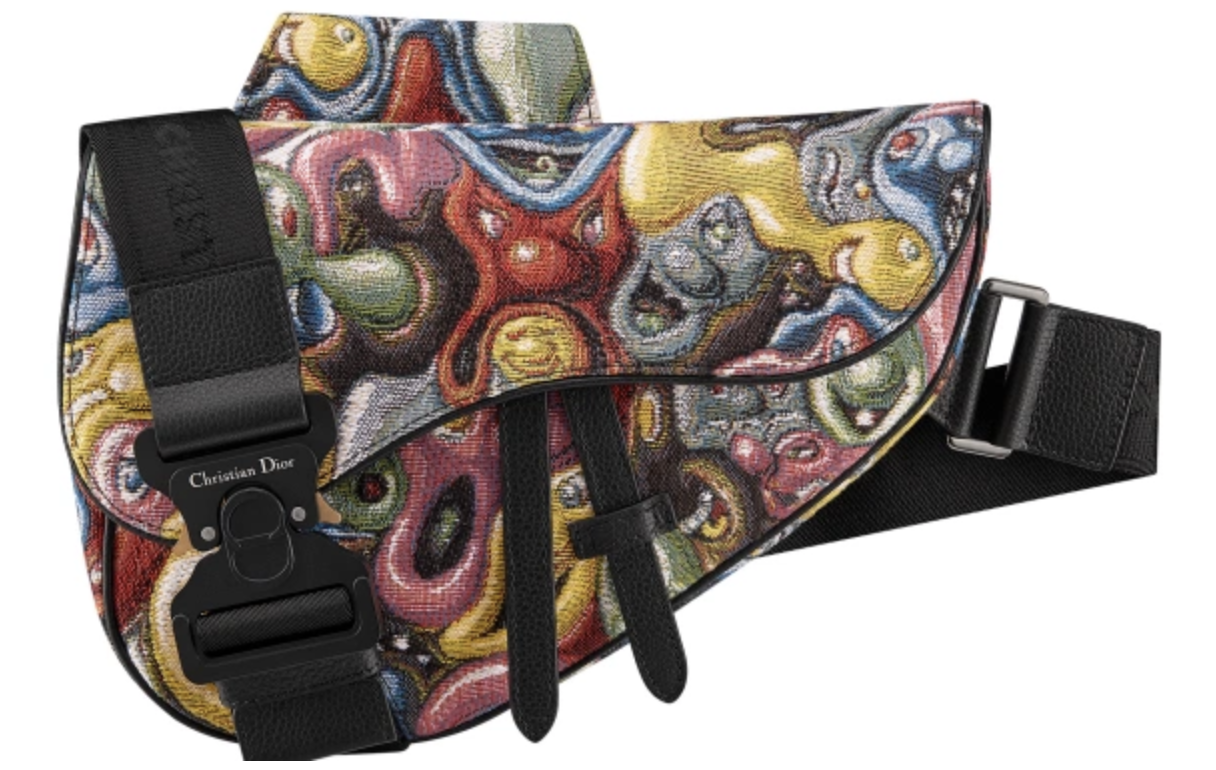 Since late April a number of Dior pop-ups have appeared internationally to promote the Men’s Pre-Fall Collection designed in partnership with the New York street-turned-pop-artist, Kenny Scharf. Kicking off with a major event in Beijing, followed by events in Tokyo, Hong Kong, Shanghai, Seoul, Vancouver, and London. The collection will feature Scharf’s signature whimsical, cartoon-like characters, and cosmic, amorphous shapes. Scharf rose to prominence in the 1980s Pop Art heyday alongside Basquiat, Warhol, and Haring. This is not Scharf’s first foray into the fashion industry, having worked with major designers such as Diane von Furstenberg, Jeremy Scott, and Bulgari in the past. 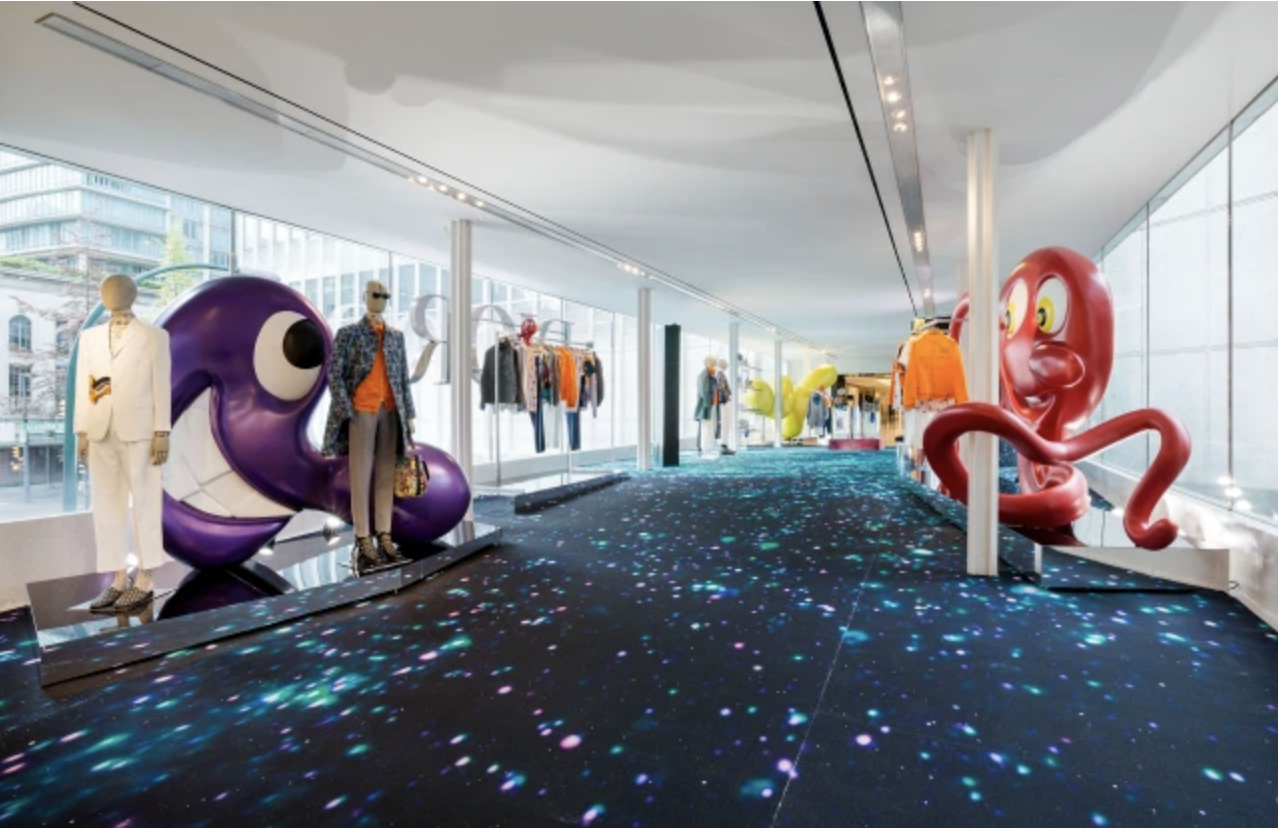