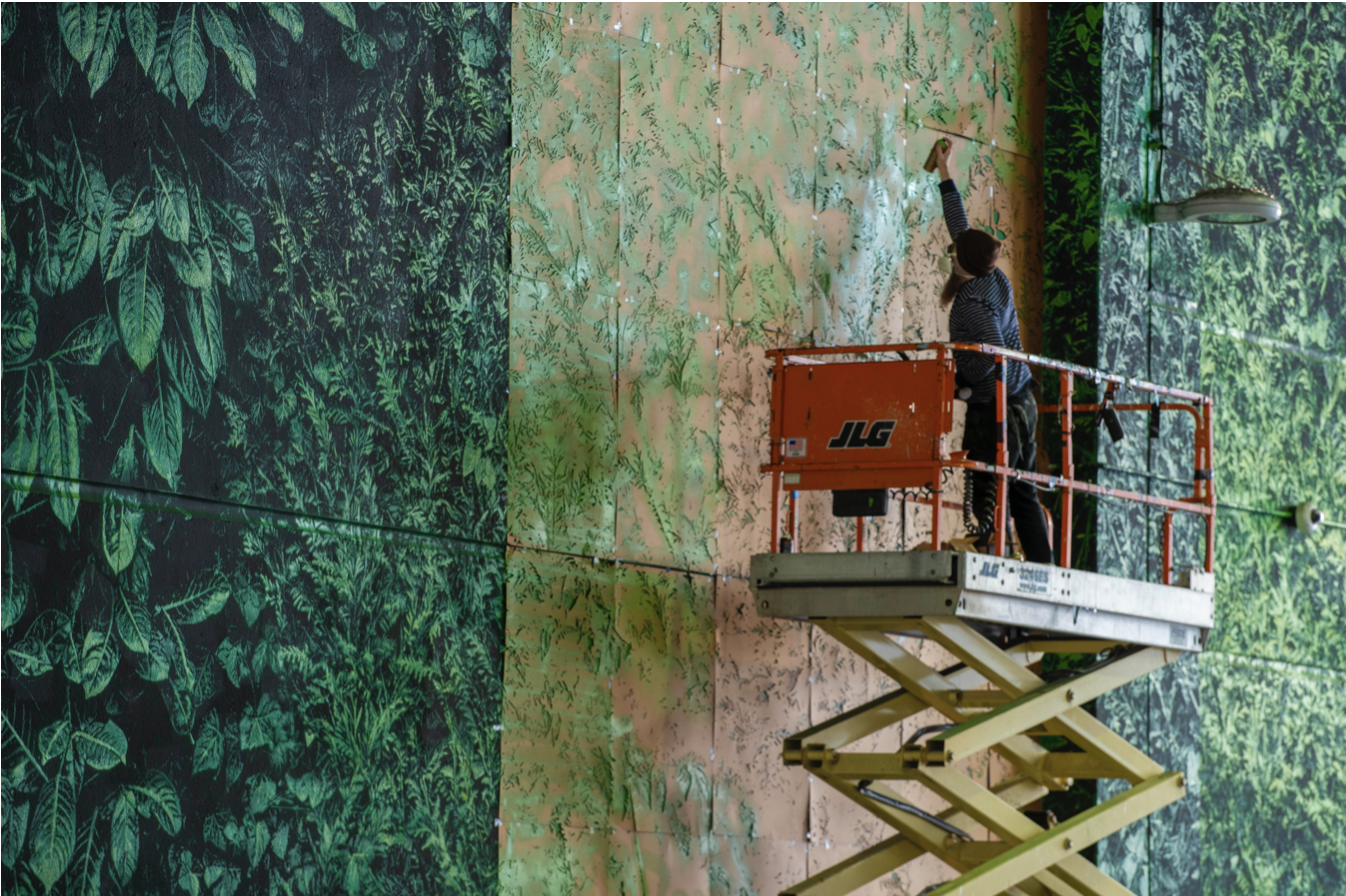 July 23, 2021 – Taglialatella Galleries is honored to announce the official unveiling of Tunnel Vision by Logan Hicks – the largest stencilled mural in the world

In the middle of 2020, during the height of the pandemic in New York City, Logan Hicks was commissioned to creatively re-imagine a massive breezeway at the East River Plaza in Harlem. Nearly a year later, Hicks completes his largest work to date – a 19,000 sq. ft installation entitled “Tunnel Vision”. This work consists of a continuous stenciled mural that wraps of inside the towering breezeway, paired with a custom designed sound installation.

Behold layers of stencilled aerosol transforming gray concrete into lush greenery, climbing up each of the thirty-foot walls and pillars, meeting at the ceiling painted in a vibrant, sky-blue gradient. Looking closely, tucked in the green thicket covering the walls are dozens of stenciled birds that live within New York State, while the four-hour looping soundtrack brings them to life – featuring the calls of every bird indigenous to New York.

Recognizing that there is a segment of the population that would not go to Central Park with a pair of binoculars to watch birds, Tunnel Vision is Hicks’ attempt to recreate the feeling of the Central Park Ramble in the language that he understands best – murals

“This started with a vision of going beyond making just a mural. I wanted to make an environment where people could forget they were in the middle of the city – even if only for a minute.”  ~ Logan Hick

To grasp the scale of such an endeavor, it’s noteworthy that the artist’s estimate to complete the mural would be one, maybe two months on-site. Braving the unpredictable weather of every season, Hicks has now used over 100 gallons of paint, 500 cans of spray paint, hundreds of stencils, dozens of rolls of Gorilla Tape, and an uncounted number of hours painting – defying expectations – and tedious limitations of the stencil medium – to complete Tunnel Vision. 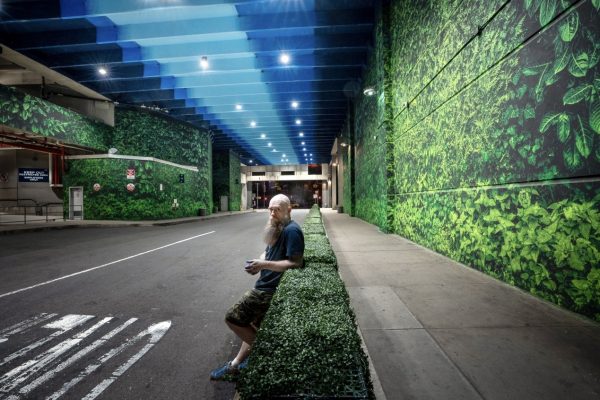 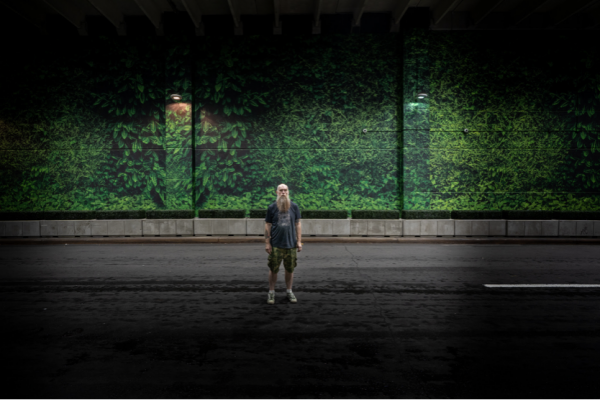 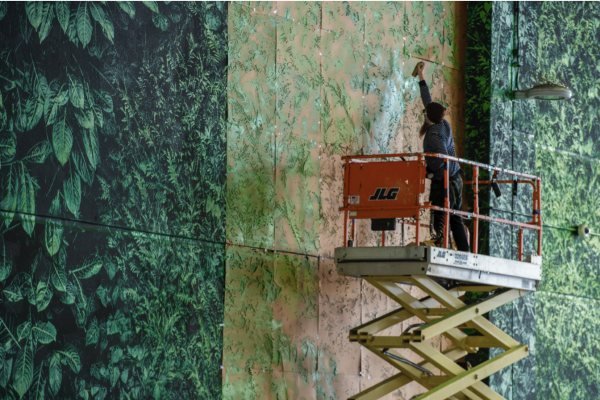