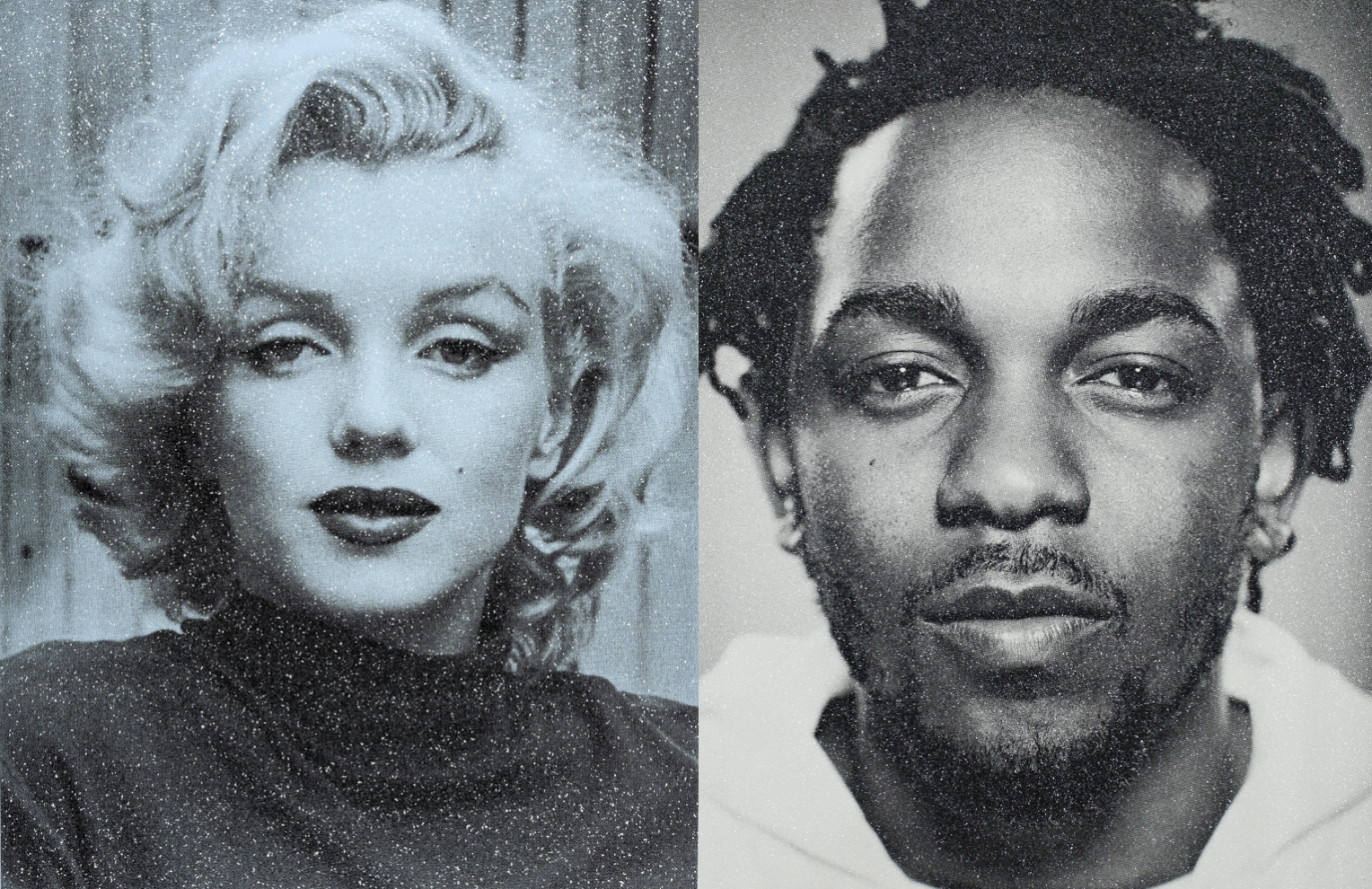 In the same way he often ventures out into the wilder parts of America, Russell’s work likewise ventures into the furthest reaches of our psychologies and myths. After a ten year journey with Taglialatella Galleries, Russell now returns to Toronto with a new collection that celebrates those sought after reaches. Heroes + Heroines is a lodestar by which to navigate luxury, celebrity, and reinvention, a path which is only made possible to us by someone as experienced and daring as Russell has proven to be over his storied life and career.

“Russell joined us for the inaugural launch of Taglialatella Toronto Gallerie location in May 2018 and we are thrilled to have him back,” says Alan Ganev, gallery director, Taglialatella Galleries. “We strive to provide Toronto art lovers with the most sought after works from the contemporary and pop art world. By paying tribute to current and classic Hollywood celebrities, from Kendrick Lamar to Sharon Tate to Andy Warhol, there is something here for everyone.”

Exclusive to Taglialatella Galleries, Young will release a piece entitled Marilyn Hollywood, a luxurious portrait of the iconic starlet. The hand-pulled screenprint on paper with Russell’s famed use of diamond dust will be available for purchase in three different colors, from a very limited edition of just fifteen.

In addition to the exhibition launch, Russell will be interviewed by performance coach, author, and researcher Richard Dolan. Richard has served as an advisor to iconic, legendary and world renown celebrity brands ranging from Mike Tyson, Rémy Martin, Chanel, Pagani Automobili, Google, Virginia Black, and Bentley to name a few.

In Heroes+Heroines, Young looks past the darker side of excess and sets his sights on pure stardom with a cast of characters instantly recognizable for their embodiment of American fame. A wall of heroes and a wall of heroines immortalize icons and the nature of longing with the artist’s signature, luxurious use of diamond dust. This collection of stars is not only an ode to beauty, success, and possibility, but also the unending search to grasp the American Dream. Launching November 21st, the exhibition will be open to the public from 6pm to 8pm opening night, and will run until December 4th during regular gallery hours. 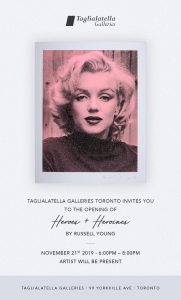